Get your independence here

The start of a network of professional technicians…

The assembly industry has been around for quite a long time, however, not many people know who we are or what we do. We are professional technicians who build and repair things that are shipped to the consumer in a box or crate and require end user assembly….we are a niche industry who’s merit and equity are long overdue to be noticed.

Everyone knows what electricians, plumbers, mechanics, carpenters and many other skilled tradesmen do, but when it comes to a professional assembler, most people will scratch their heads asking: “What the heck is an assembler”? This is where the United Assemblers Network History really begins.

When Chris Manack, was employed at Hanover Sign Company as a sales and design engineer in the early 1990’s, he quietly built a bicycle repair company in his garage on the side known as Chris’ Cycle Service, located in Central Ohio. Building and repairing bikes and other things had been a part of his life since childhood. The bike repair business quickly flourished and Manack reached a point where the bike shop outpaced his sign sales, so he made the decision to move into this competitive space full-time.

Chris left Hanover Signs to pursue the bicycle business in 1994, and follow his dream by moving from the garage to a store front. The bike shop continued to demonstrate rapid growth, not only through repair work, but also as a bicycle dealer selling major bike brands and accessories. Because of the expansion into other bicycle categories, Manack changed the name of the business to Chris’ Cycle Works.

Chris found that his bicycle shop did very well during the Spring and Summer months, but sales were slim during the bitter Ohio winters, strapping his cash flow. In search of another revenue stream to keep his business moving forward, he called on big box stores to see if they were interested in contracting him to build bicycles, but to no avail.

Chris quickly discovered that all the big chains contracted with national assembly companies (NAC) building all their bikes and other items within the stores, such as furniture, fitness equipment, basketball goals, grills, game tables, and many other things as well. So, Chris went to work for one of the NAC’s in the winter months, which proved to be a lucrative endeavor, supplementing his bicycle shop income.

Eventually, Chris was handling all of the assemblies in major sporting goods stores such as Dick’s and Sportmart, which later became Sports Authority. The assembly business proved to be a heavy work load, in addition to operating the bike shop. He hired other techs to help him and introduced the assembly business to an associate from the sign business, who eventually opened his own assembly company.

By the late 1990’s, it seemed that all good things were coming to an end. The NAC that Manack contracted with was not doing well managing technicians in the field, a trend that was happening with many other national companies. Meanwhile, many chain stores were pulling their assembly work back in house leaving many NAC’s with little to no work  National assembly business tapered off, some NAC’s went out of business. It was abundantly apparent that this facet of the assembly industry was waning, so Chris decided to make his exit and find another revenue stream to supplant the bike shop.

Manack ramped up his bike shop to another level in 2001 through more expansion, and continued to occasionally do assembly work part for another NAC, building much of the same equipment as he had before.

At the end of 2005 Chris saw that his bike shop business that once flourished was getting squeezed out by the big chains and the Internet. That same year, he saw the opportunity to leave the bicycle business and sold his bike shop to an area sports adventure company, and reentered the world of sales, this time in the logistics business, going to work for Atlas Van Lines and then United Van Lines. Chris left the bike business behind him for good, along with the assembly industry as well (or so he thought).

Meanwhile, a co-worker from the sign business that Chris had brought into the assembly industry several years before, realized the potential that the assembly industry possessed. He built a small assembly service, The Savvy Tech, in Central Ohio, and set up a website, which was unheard of at the time. With the website in full gear, calls were coming in from all over the country asking to have products assembled in their respective areas.

For a while, he turned down these requests from potential customers from New York to California and from Minnesota to Florida. Then, he started taking customers’ name and phone numbers, telling them he would try to find someone for them. Thus, the United Assemblers Network was born in 2002 comprised of a handful of techs across the country that had been recruited.

Many techs across the country realized very quickly what was developing with The Savvy Tech, and The United Assemblers Network (UAN) and started coming on board and the businesses grew exponentially. It was more than just a name, it represented a philosophy, “Uniting An Industry!” The new business model was really taking off.

Early in 2011, disillusioned with the logistics arena, the slumping commercial moving business and the entire sales industry in general, Chris Manack crossed paths with his old sign business co-worker by happenstance and learned of the assembly network he had created in the industry. He was ready to move onto other things, so he offered to sell his assembly business, The Savvy Tech, to Chris Manack, and Chris accepted the offer.

After buying The Savvy Tech, and all its intellectual property, Chris created an all new assembly business with a higher level of priorities and renamed it Precision Assembly & Repair Technologies (PART). Chris created a new website utilizing the savvy tech domain name he had purchased. The new venture took off immediately and is doing extremely well to this day, Chris’ perseverance, loyalty and knowledge of mechanical practices, made him a valued member of the UAN, mentoring any tech that wanted to learn how to grow a profitable assembly business.

On October7, 2015, Chris was afforded another business proposition that would change the entire course of the UAN. Chris Manack purchased the United Assemblers Network and all its intellectual property, becoming the sole Owner and President of the UAN. Under Chris’ leadership, the network will continue to grow, and thrive on its own momentum!

Today, the United Assemblers Network Directory of Certified Professional Technicians is utilized as a valuable resource by dozens of online retailers, dealers, manufacturers,  distributors, and project managers which sell or represent basketball goals, play sets, fitness equipment, furniture, sheds, trampolines, and much. much more. The UAN boasts an outstanding list of technicians from nearly every state in the country, and continues to grow at a phenomenal rate. UAN technicians garner a tremendous amount of business referrals through the completely revamped website and the online merchants that endorse the UAN. The UAN is rapidly moving upward and onward, and the best is yet to come!

If you have read the history of how the United Assemblers network got started, where it is today, and where it plans to be tomorrow, and have an interest in assembling products knowing what this network does and can do for you, then why not join today and be a part of a rapidly growing team? Let us show you how you can build your own successful business. Because with the UAN you may be in business for yourself but you will never be in business by yourself. 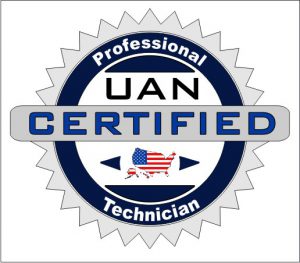